A new national law in Argentina protects one million acres of wetland in Córdoba province. We celebrate this achievement for Mar Chiquita and its local wildlife and communities. 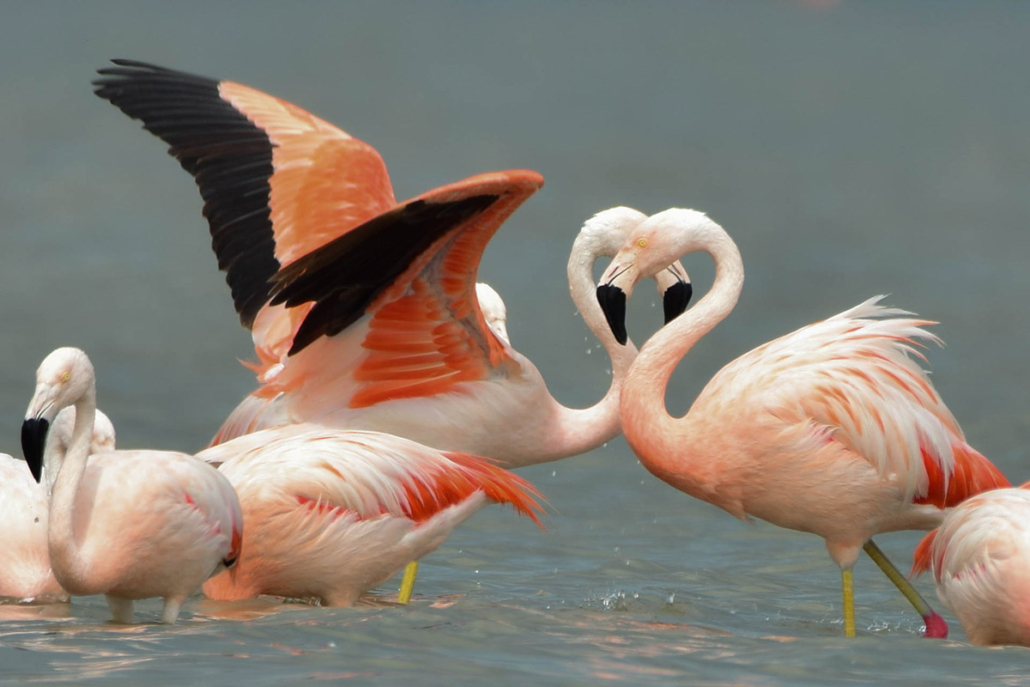 On June 30, the Argentinian government announced the new Ansenuza National Park, comprising the Mar Chiquita salt lake in Argentina’s Córdoba province and its surrounding wetlands. It was the final step to officially establish more than one million acres of wetland as a protected area. The process began after the provincial law ceding jurisdiction for the park passed in a unanimous vote by Cordoba province in August 2021.

Mar Chiquita can be a rosy sight. The salt lake—the largest in South America and the fifth largest in the world—supports more than 300,000 flamingos from three different species (the Andean, Chilean and James’ Flamingos). Numerous other species of shorebirds and waterbirds, mammals, reptiles, amphibians and fish also make Mar Chiquita their home.

“It is one of the most important wetlands in South America,” explains Lucila Castro, Argentine director of Natura International. “The region is rich in biodiversity and many species, especially migratory birds, depend on the lake for survival. Mar Chiquita also supports the local community by providing a source of tourism. Sadly, it is facing many threats: climate change, water diversion and pollution, hunting and deforestation. That is why we were fighting to give the lake and wetlands the highest protection as a national park.” 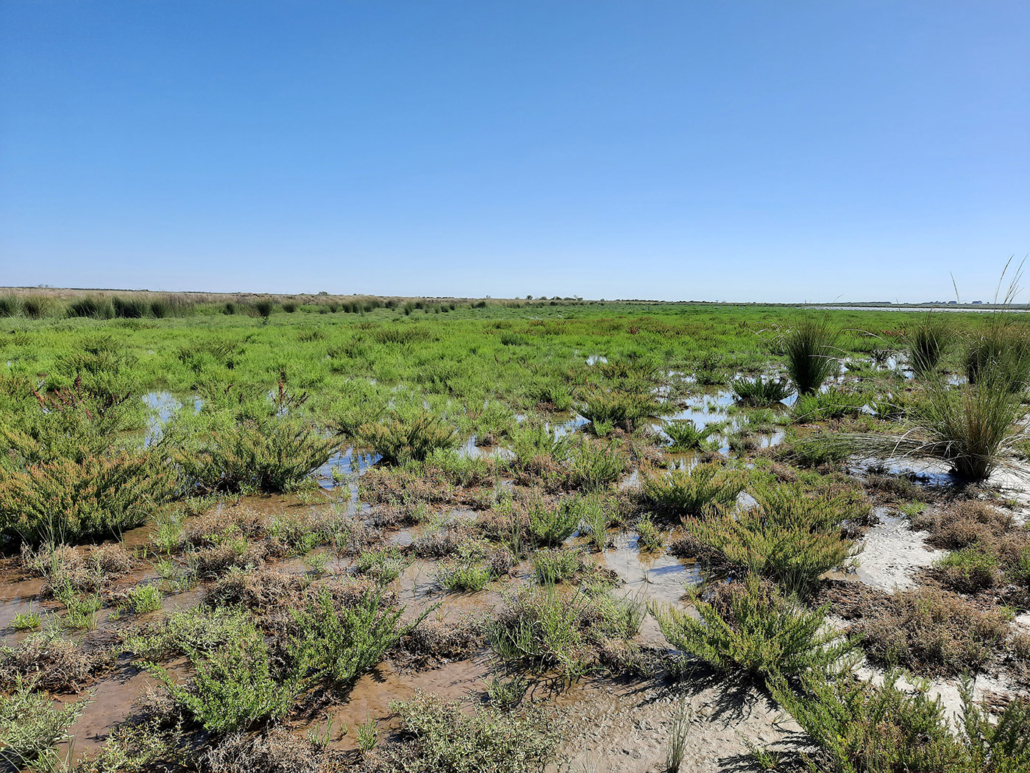 Since 2017, Natura Argentina, Aves Argentinas and Wyss Foundation, together with the National Park Service and other environmental NGOs, have been working with national, regional and local governments and communities to protect the Mar Chiquita area from further degradation. After many conversations with stakeholders about a future national park, discussing strategies for its creation, and collecting information on the wetland (such as the number of flamingos that inhabit it), the multidisciplinary team collaborating on the project have finally reached their goal.

“The national designation is critical for the area’s protection because many of the threats to the area originate upstream, and so a national and multi-jurisdiction response is needed to protect this jewel of the continent” says Byron Swift, president of Natura International and part of the wildlands team at Re:wild, which is supporting Natura’s efforts to create more protected natural areas in Argentina. 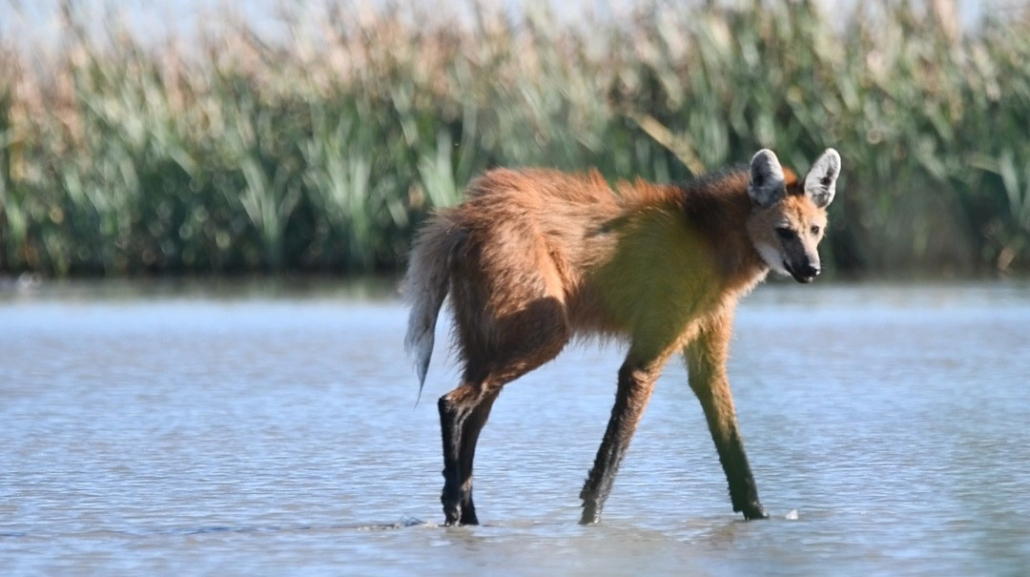 A Maned Wolf, one of the species that live in savanna habitats near Ansenuza National Park in Argentina and will benefit from the protections the new park affords.

Now with new national protection, not only species living inside Mar Chiquita will be better shielded from outside threats, but wildlife in the surrounding region will be as well. Vulnerable mammal species like the Collared Peccary, Jaguarundi and Pampas Fox live in nearby savannah habitats. The Chaco Tortoise and Maned Wolf are both at risk of extinction. Mar Chiquita will of course also protect the huge population of flamingos at the lake, which at its biggest can comprise anywhere from five to 50% of the global population of Andean, Chilean and James’ species.

One of the project goals was to connect the vision and benefits of a national park with local communities, who will be most affected by the new legislation. The communities in Mar Chiquita and nearby towns will benefit from sustainable tourism in the region, and that could lead to an increased appreciation and understanding of the surrounding wildlife and how they can exist in harmony. A fear of the unknown and what national park status actually entails meant that many were uncertain about the project at first, says Castro. 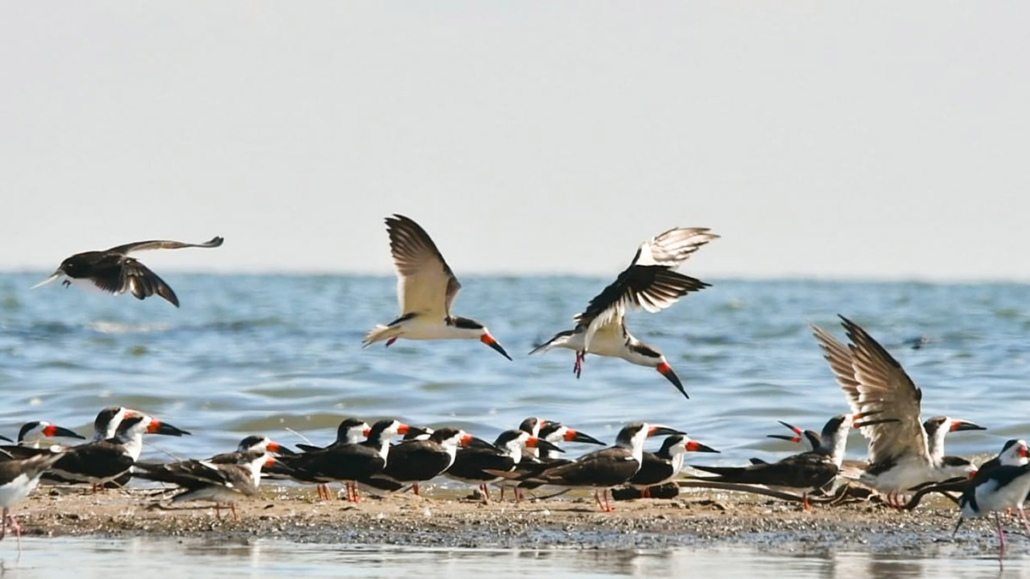 “Initially people may not have known what to think about the national park, but once they learned how it would help, they were really enthusiastic and wanted to be involved,” she says. “Eventually we had 11 municipalities on board and government officials passionately supporting the park, which is amazing and quite moving! The local people are the main actors, and it is important that they were given the choice in the project. We just provided the tools to help them decide.”

Camera traps and other equipment funded by Re:wild, Idea Wild, the Neotropical Grassland Conservancy, and the Conservation, Food & Health Foundation have served as valuable tools for not only sampling populations of wildlife around Mar Chiquita—even discovering new species for the region—but for education, too. Among the project’s various activities, conservation teams have been using the information from camera traps to work with children in schools and teach them why the lake is so important to protect. Castro says: “Based on all the species we identified using the camera traps, such as Pumas, small cats and deer, there is so much more out there than even I realized. We need to understand more about the flora and fauna in Mar Chiquita so that we know how to save it. Working with the community to promote sustainability and natural heritage shows people what we have – and this national park shows that they want to take care of it.”

The Natura Argentina team is proud to have been a part of this effort and to see our collaborative work come to fruition after so many years. We will continue to work with our partners at the local level and with the National Park Service to help monitor and protect the species that live in, or migrate through, the area. In addition, we are working with communities in the neighboring province of Santiago del Estero, upstream of Mar Chiquita, to gain support for expanding the protected area in the adjacent Rio Dulce Wetlands.

We are working with the National Park Service and other partners, including indigenous community groups, to establish protected areas in four additional provinces of northwestern Argentina, as well as areas in Ecuador and Venezuela of high conservation value. Please support our work today, and help us achieve lasting protection for wildlife and benefits for local communities! 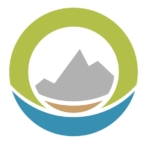 Natura Argentina is dedicated to conserving rainforests and habitat in Latin America through bottom-up efforts led by local initiatives.

Architecture and environment, the challenge of living more sustainably

Catamarca: towards the first National Park
Scroll to top