Wetlands are among the most threatened ecosystems worldwide. It is estimated that half of the original area occupied has already been lost, despite international efforts, in particular the Ramsar Convention of 1971. This reduction obviously impacts biodiversity and the environmental services provided by wetlands.

The South American Gran Chaco is an ecoregion that is still rich in wetlands, although it does not escape the global regressive trend. The Chaco is not only affected by intense deforestation, but also by a parallel and equally intense process of loss of natural grasslands, both in terrestrial and wetland environments. Unfortunately, this loss has not received attention proportional to that given to forests, both at the level of public opinion and current legislation.

The Dulce River marshlands occupy the flood valley of the final portion of the Dulce River, which includes portions of Santiago del Estero and Cordoba. With an extension of about ten thousand square kilometers, they constitute an outstanding and very valuable example of the few remaining large surface fragments in the Chaco.

The region is characterized by a heterogeneous and complex landscape, which combines the course of the Dulce River, temporary and permanent lagoons, extensive grasslands, and bushes and cactus thickets, constituting a typical flooded savannah of pluvial origin. Within this vast region is the protected area of the provincial reserve and Ramsar site “Dulce River marshlands and Mar Chiquita lagoon” in the province of Cordoba. There is no counterpart with the same degree of protection in the province of Santiago del Estero. 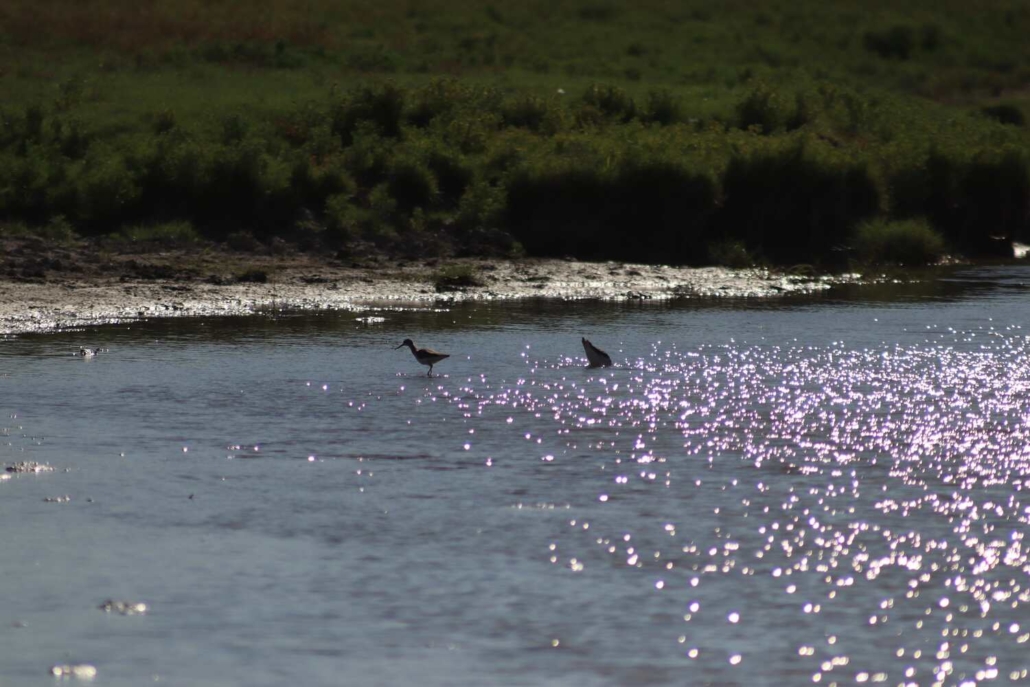 The role of floods and fire

Saline wetland grasslands are fundamentally conditioned by high soil salinity and also by two fundamental dynamic factors: the occurrence of annual floods and fires. Both are essential for grassland survival.

Annual flooding is caused by the annual overflows of the Dulce River, which occur between approximately March and July.

This sheet of water moves southward until it reaches the Mar Chiquita Lagoon, covering an area that varies annually depending on rainfall in the river basin, which can reach more than four thousand square kilometers. The flooding washes salts from the soil and provides nutrients carried by the river, facilitating the growth of vegetation. When the waters recede at the end of winter, much of the plant biomass produced dries out and is easily ignitable, giving rise to the annual period of fires, which have both natural (lightning) and man-made origins. Fire eliminates shrubs that compete with grasslands and produces rapid nutrient cycling and regrowth of grasses with high nutritional value for livestock.

Neither flooding nor fire are adverse processes that need to be controlled. On the contrary, if they are eliminated, the system can be greatly altered. The importance of these annual environmental pulses becomes evident when the environmental impact of their suppression is visualized. Soil salinity would increase, grasslands would be replaced by shrubs, and the landscape would be transformed into a much less productive salar with less biodiversity of birds and other species. 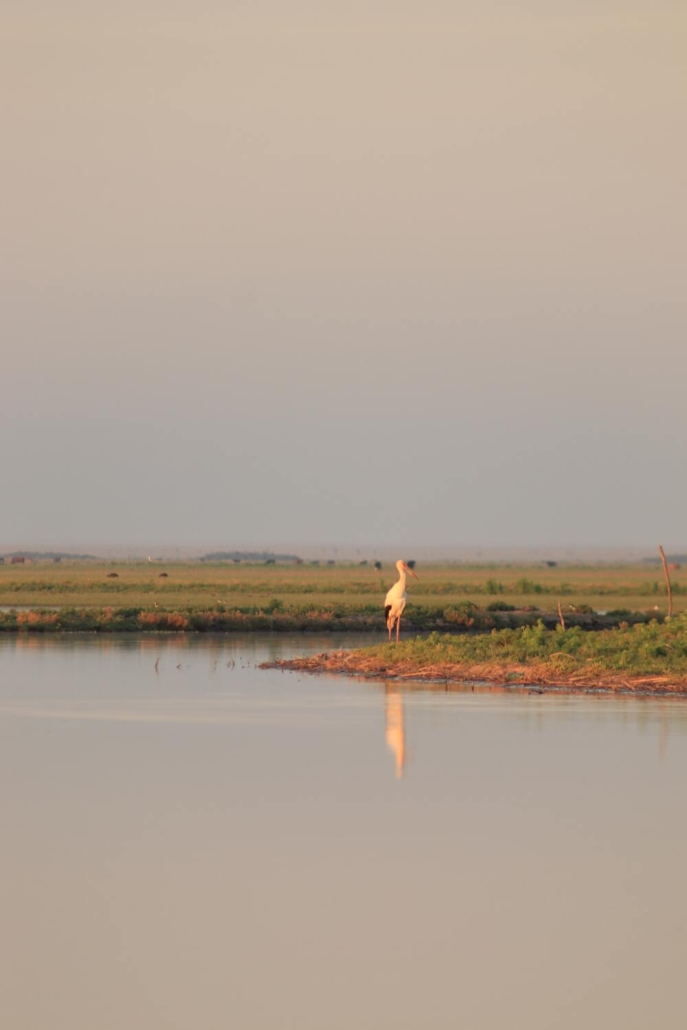 The marshlands area was under indigenous control until around 1860, when the indigenous populations were displaced. Since then, the European population was always low, and cattle ranching was the main resource under exploitation. Livestock management was based on transhumance, a practice that consisted of moving herds away from the shore of the Dulce River during the flood season and returning them during the low water season. Such management was possible thanks to the almost total lack of fences. This practice is common in other pasture regions of the world, and is equivalent to the “veranada” that is practiced in the mountainous regions of Argentina when cattle are moved to the highlands in summer and returned to the lowlands in winter.

Since the end of the 20th century and the beginning of the 21st century, new forms of water resource management and land use have appeared that seriously threaten the future of the wetlands.

Firstly, the increase in water consumption for domestic and agricultural use in the upper Dulce River has led to a decrease in the amount of water reaching the marshes, both in terms of total annual flow and the magnitude of annual floods. Secondly, there has been a rapid increase in land acquisitions in the region for the establishment of livestock and even crops in permanent fenced areas, thus making the continuation of itinerant livestock practically impossible, and causing changes in the natural vegetation due to the establishment of pastures and non-native crops. 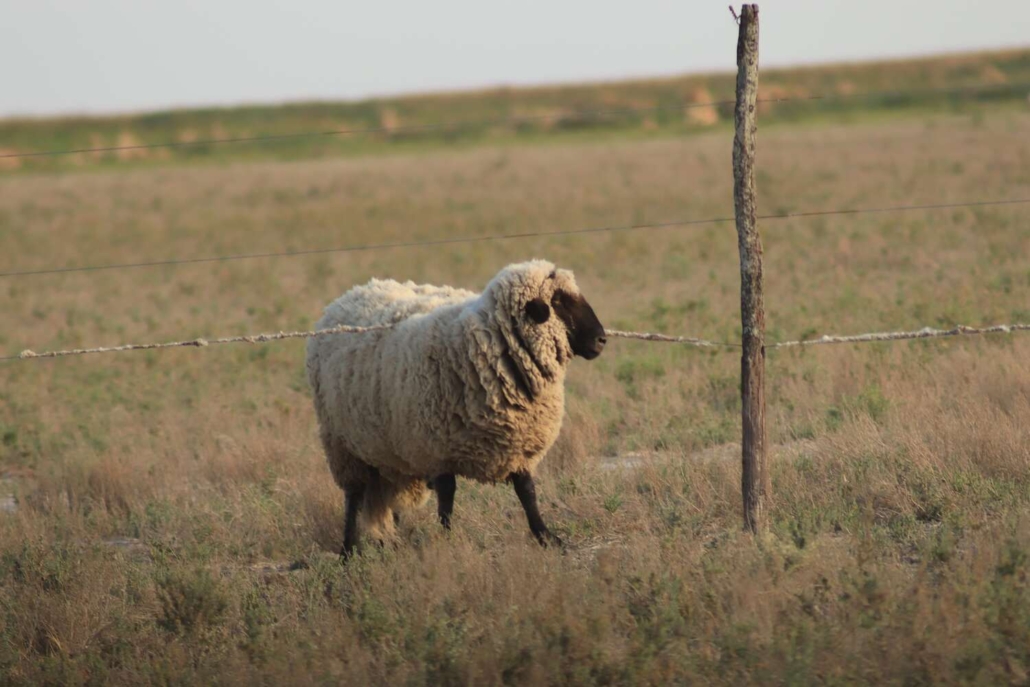 As a result, there has been a significant modification of the landscape structure of the marshlands even within the protected area in Cordoba, which is very negative for regional biodiversity. In addition, these changes have provoked serious social conflicts with the original inhabitants of the area who practiced itinerant cattle ranching.

Unless the current threats are recognized and both the local community and regional authorities manage to implement adequate management measures, the subsistence of the Dulce River wetlands is clearly threatened. This requires immediate action based on an understanding of the ecological functionality of the Dulce River wetlands.
This includes first of all a rationalization of the management of the flow of the Dulce river to ensure the necessary quantity to maintain the ecosystem in its current condition, both in terms of water quantity and annual flooding pulse.

In addition, it is necessary to rethink current land use, which not only affects native pastures and local biodiversity, but also has very severe limitations for traditional agricultural and livestock use.
It would also be very important to create new areas within the wetlands under strict reserve conditions (without any type of use), in order to ensure the integral preservation of the ecoregion’s biodiversity. 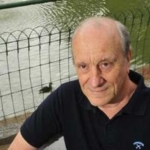 Enrique Hugo Bucher is an Argentine biologist specialized in the conservation of biodiversity in the South American Chaco area. He is Emeritus Professor at the National University of Córdoba and Senior Researcher at CONICET.

Mar Chiquita is home to the largest clutch of Chilean flamingos in South Am...
Scroll to top