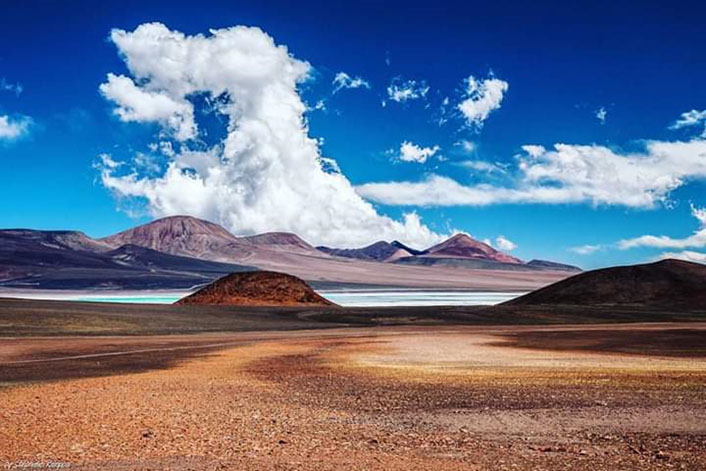 Through a Framework Cooperation Agreement between the Secretariat of the Environment of the Province of La Rioja and Natura International, the Simultaneous International Flamingo Census was coordinated in the Laguna Brava Provincial Reserve in February 2020.

Within this framework, an inaugural ceremony was held with the participation of provincial authorities of the Government of the Province of La Rioja and mayors of the departments surrounding the reserve to discuss the importance of monitoring a flagship species such as the flamingo and the need to work together between the municipalities and the province to advance nature tourism and the regulation of existing provincial protected areas.

In addition, a training session was held for students of the Environmental Management Technique of the University of La Rioja, technicians of the Secretariat of the Environment, and technicians of the Municipality of the Talampaya National Park with the aim of telling them about the work to be carried out to evaluate the state of the wetland and the populations of flamingos living in it. We consider it a positive initiative for them to join the census next year and take an active part in the monitoring.

The census was conducted by experts from the High Andean Flamingo Conservation Group (GCFA) and yielded the following results: 1,400 Andean flamingos (Phoenicoparrus andinus), 940 Greater flamingos (Phoenicoparrus jamesi), and approximately 290 Southern flamingos (Phoenicopterus chilensis). This census was carried out in a range of ten days, in four countries simultaneously: Peru, Argentina, Bolivia, and Chile. The results allowed for a better understanding of the status of the flamingo population and the wetlands in which they live, as well as the identification of threats to their conservation. 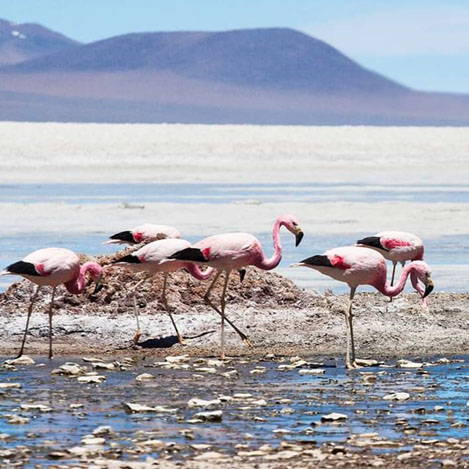 Laguna Brava, an oasis for flamingos.

Laguna Brava stands out not only because of its extension and an altitude above 3500 meters, but also because it is an area of preservation of species and biodiversity. These environments are a true oasis and refuge for the migratory birds that arrive each spring to feed and nest, such as the Andean and Puno flamingos.

On the other hand, it is a zone very visited by tourists, whose main attraction is the enjoyment of nature and the sighting of flamingos in their natural habitat. It is a very important resource for the tourist activity and for the same reason it requires a high responsibility to ensure its conservation.

In February 2003, the Laguna Brava Provincial Reserve was designated a Ramsar Site, and is the 12th such site in Argentina. In August 2012, the Secretary of the Environment of the Province of La Rioja issued a provision declaring the area a Multiple Use Reserve Laguna Brava, being one of the most important Protected Areas in the province. Both figures are management tools that allow us to work on strategies for the conservation and protection of this wonderful wetland and all the biodiversity that lives in it.

Fresh Water for the Future: Time to Protect Wetlands
Scroll to top