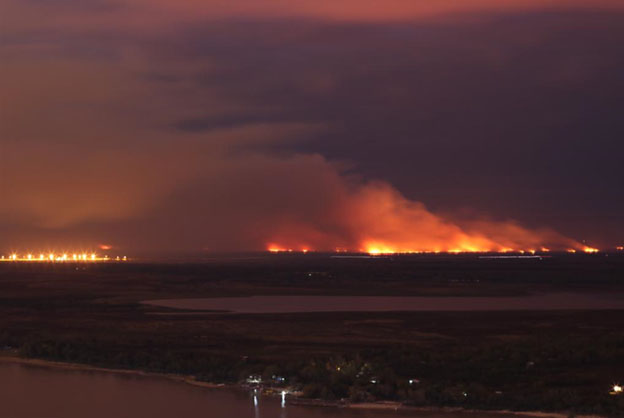 In addition to destroying vegetation and wildlife, and polluting the air, bush and grass fires accelerate soil erosion, promote flooding, decrease infiltration that feeds the slopes, and promote the siltation and eutrophication of lakes

This is the fire season in Cordoba and central Argentina, including the Delta, due to the absence of rain, low humidity, strong winds, and occasionally high temperatures in late winter and early spring. In addition to this, frost-dried vegetation is a very combustible element.

In addition to the natural conditions, the man also starts fires accidentally or intentionally, such as when they occur to change the use of the land to plant crops or real estate, to obtain regrowth for livestock, to remove herbaceous vegetation next to banks or wastelands, to burn garbage, or simply to do damage, among many other reasons.

Forest fires are particularly pernicious in the mountainous area where rivers originate because, by drastically affecting the plant cover, they leave the soil unprotected from erosive agents, especially rainwater.

Vegetation has three functions in the regulation of water and soil in the mountainous area or headwaters, as it acts as

The loss of vegetation cover by the action of the fire has consequences: 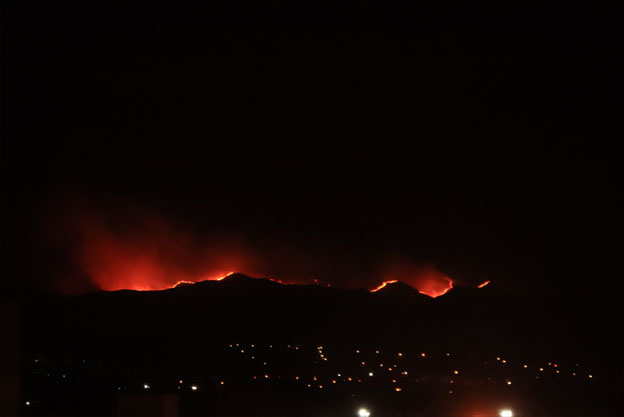 It is therefore essential to prevent forest and grassland fires, bearing in mind that 99% of them are caused by human beings. One of the fundamental strategies is to support education on the subject from the educational centers, to reduce the number of fire spots produced. But on the other hand, an early warning system is needed, consisting of watchmen, who in the face of a column of smoke alert an initial combat team or first attack, so that they can extinguish the fire before it spreads and causes a fire of magnitude. Another fundamental factor is an investigation so that those who cause the fires are brought to justice, and that deters them from being set.

Laguna Brava, an oasis for flamingos, declared a Ramsar Site since 2003
Scroll to top