Today more than ever it is clear that we live in a dystopia. Every day, thousands of hectares of forests are deforested and burned, water and air are increasingly polluted, entire peoples are forced to migrate because of the devastation caused by mining companies and the advance of the agricultural frontier, children are dying for lack of access to drinking water, species are disappearing.

The fragmentation and simplification of ecosystems increase the spread of pathogens and the risk of transmission of zoonotic diseases, such as the COVID-19 virus, which added to the scourge of the pandemic. Perhaps the first of many to come? How many more will it take to react to the global challenges that nature so clearly manifests?

There is no more time, matters such as the environmental crisis, the right to a healthy environment, and food sovereignty deserve a structural discussion. There is an urgent need to adopt an integrated approach to conservation management and to abandon obsolete models, try new approaches and be creative to keep pace with global changes.
There has always been a duality between production and conservation; today the challenge is to generate new integral paradigms, where production does not imply continuing to lose ecosystems, and conservation does not imply leaving people out.

Among the ideas that still prevail is that the development of societies is only possible through extractivist and short-term models and that preserving ecosystems is a whim of a conservationist elite with privileges. So, if there are poor people, we try to grow at any cost to give them something, instead of distributing the much that a few already have. Time has corroborated that these models, which favor exponential growth, only generate more poverty and that the environmental crisis only deepens pre-existing social inequalities.

The implementation of sustainable development alternatives in production processes probably takes a little longer than traditional models, but they project a more beneficial impact in the long term and not just for a few. The latter is what makes the difference, generating equity and consequently more prosperous societies. 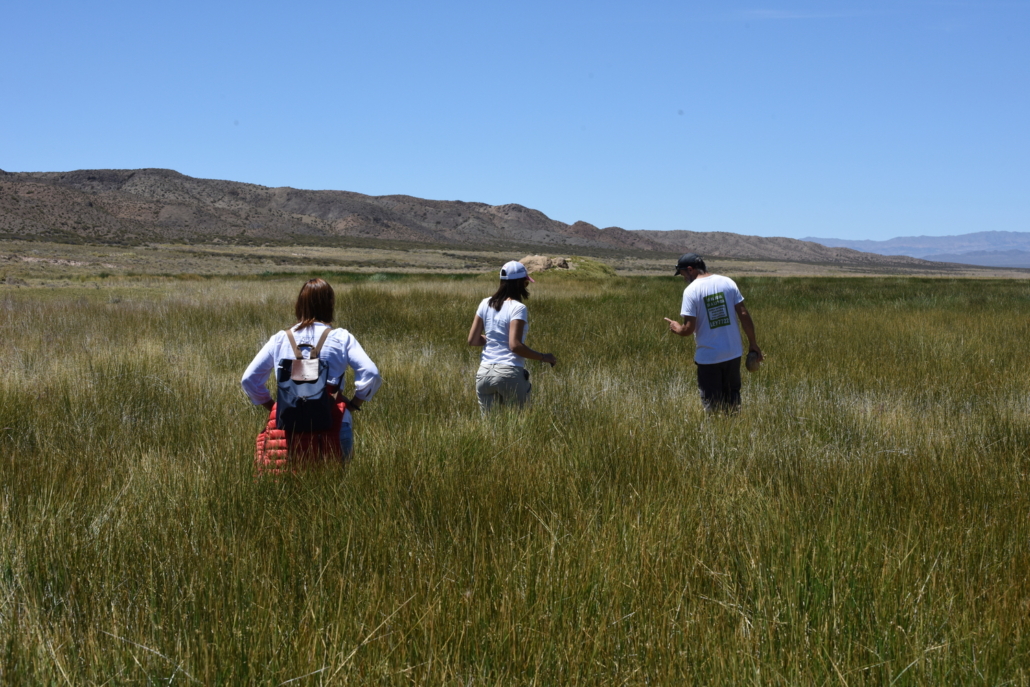 One of the fundamental tools as a strategy to respond to the challenges of wildlife conservation, poverty reduction, mitigation, and adaptation to climate change are protected areas (PAs). But it happens that when we talk about PAs, we automatically think of true gardens of Eden where everything is intact and intangible, places without people where human presence is forbidden or detrimental. Something quite distant from the real use of the land on the planet and the way of inhabiting it.

In principle, it is necessary to reconnect with the original meaning of PAs as sources of natural biodiversity, but also as very important sites of social, cultural, and economic value; model sites for research and knowledge generation; ideal spaces for environmental education; buffer and regulation zones; sources of ecosystem services; places for entertainment and appreciation; the potentialities are infinite. Looking at it another way, without PA, the temperature of the planet would be even hotter and thousands of species would have been lost.

It is then necessary to rethink the relationship between PAs and society where, beyond researchers, technicians, and disseminators, it is the local communities that benefit from nature conservation. In this way, biodiversity conservation objectives will be favored almost spontaneously. 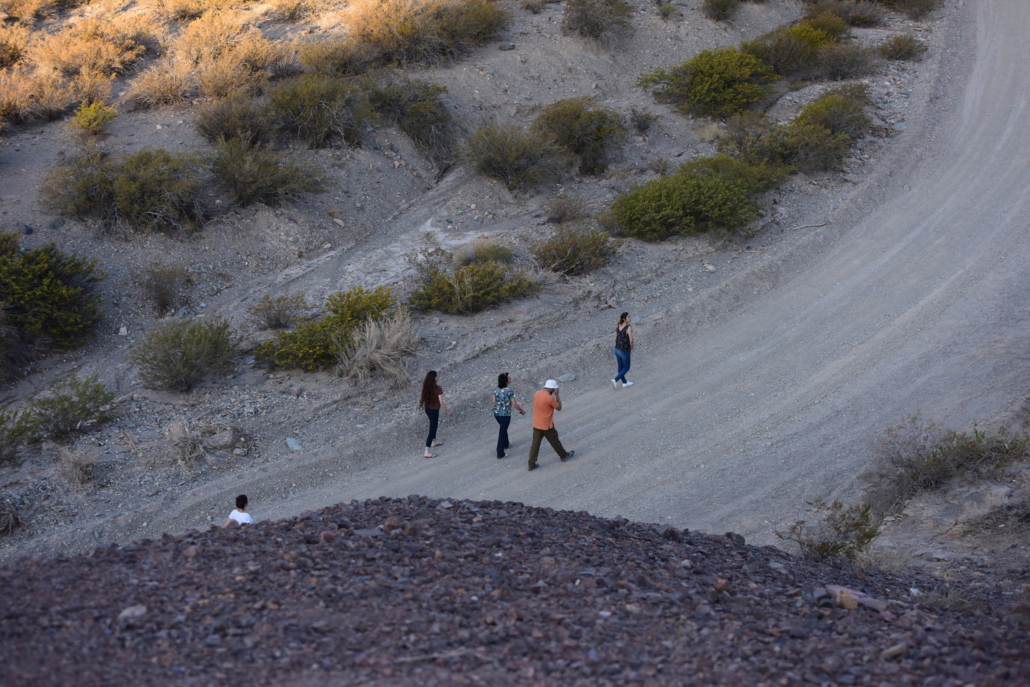 Properly managed, PAs can finance themselves and, even better, be engines of local development because they generate tourism-based economies. Therefore, PAs constitute real planning spaces where constructive dialogues can be generated with governments, indigenous peoples, local inhabitants, universities, and municipalities, intending to achieve, true policies of social inclusion, conservation, and sustainability through legitimate participatory processes. To achieve this ambitious goal, we must demand the strengthening of all those strategies that provide real opportunities for environmental protection, accompanied by activities that allow a more comprehensive, sustainable, and harmonious local development with the environment.

Without falling into naivety or utopia, we are aware of the chain of complicity and corruption that allows plundering and we also know that trying to change this is particularly difficult in Latin America and the Caribbean, places where murders of socio-environmental leaders abound. This being so, the option is to move as a bloc, as a people. But for this to happen, society, which today involuntarily accompanies the crises, must also become part of the struggle; and this is possible by improving the participation of local communities in PA management and implementing economic projects that provide the necessary technical proposals that allow producers to carry out sustainable activities and native communities to create their bio-businesses.

The latter is another essential issue when talking about conservation: the importance of indigenous peoples. There is growing evidence that ancestral knowledge and sustainable traditional techniques still preserved by many communities contribute to the protection of biological and cultural diversity. Since their conception, native communities have been preserving certain territories as “sacred sites” where no hunting should take place to allow the reproduction of animals and respect their natural cycles. In a certain way, these sites represent biodiversity hotspots, where the communities themselves play the role of guardians of their community territories and, in this way, could be thought of as small PAs intrinsic to a cosmovision.

A 2019 Science Advances study, conducted in more than 600 PAs in 34 countries, evidenced how PAs provide economic and health benefits to adjacent populations, especially impacting children’s health. The results showed that tourism implied direct benefits in terms of employment generation, improved infrastructure, and greater institutional presence in the area, especially in PAs with multiple-use areas, since they allowed sustainable access to natural resources. Besides, the environmental health of these areas resulted in better water and air quality, greater provision of ecosystem services, and functioned as important flood buffer zones.

There is strong evidence to suggest that investing in PA creation and nature tourism brings real benefits to local communities. An example of this in Argentina is the Iberá Project in the province of Corrientes, where one of the most striking transformations was that of some hunters who abandoned that custom and are now PA park rangers. Iberá is a clear example that no matter how long it takes to get it right, it pays to learn by doing. 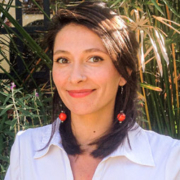 Agustina began working at Natura International in 2018. She currently coordinates a project to create protected areas in Salta and collaborates on the work with local communities. She is in charge of the Geographic Information Systems for planning of the protected areas and the management of the territorial database for all our projects. Her prior experience focused mainly on bird ecology and biological interactions. She has worked in environmental education, ethology and wildlife management for the Horco Molle Experimental Reserve in the province of Tucumán, and in the conservation of shorebirds and sea turtles in Uruguay. She received a degree in Biology from the National University of Tucumán, Argentina. 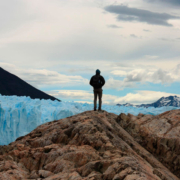 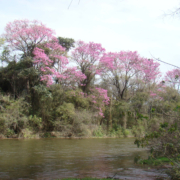 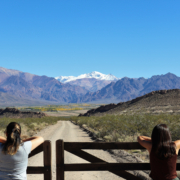 Our identity interweaves nature and culture
Mar Chiquita is home to the largest clutch of Chilean flamingos in South Am...

Diversified and sustainable production: how to strengthen communities living...
Scroll to top